When he suggested the company add aluminum splints to the line, and asked   again if he could buy an interest in the company, the widow of the company’s   founder had given him a reply that he could not forget. 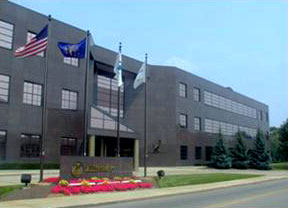 “I have had it,” Mr. Zimmer told his wife and daughter that evening. “She   said to me: ’You know, Justin, you are just small potatoes!” With a   challenge like that, Mr. Zimmer knew there was no other way except to start   a splint manufacturing business of his own.

His new company quickly outsold the old firm, and gained market leadership   in its first year of business. Today, Zimmer is a world leader in   orthopaedics, employs nearly 8,500 people serving 100 countries, and offers   more than 100,000 products, with 2007 sales of approximately $3.9 billion.

In those waning days of 1926, however, “No one but my father thought the   business could succeed,” Mr. Zimmer’s daughter recalled. “My mother was   opposed, as were my grandparents.” Even Mr. Zimmer hedged his bets somewhat.   Rather than risk his life savings, he found two investors, William Felkner   and William Rogers, who were willing to put up the cash and give him a   one-third interest for his experience and knowledge of the business.

To staff the company, Mr. Zimmer, in his autobiography, recalls: “Before I   considered starting Zimmer Manufacturing Company, I made certain that I   could count on the services of Mr. J.J. Ettinger to act as factory manager   and Dona Belle Harmon Cox as secretary and bookkeeper.”

Judging by Ettinger’s reply, it wasn’t the first time Mr. Zimmer had raised   the question. Recalling the fateful conversation in a newspaper interview   many years later, Ettinger said he told Mr. Zimmer, “I’ve tried to talk you   out of this before, but this time I’ll go with you.”

Mrs. Cox was Mr. Zimmer’s secretary at the time. “He asked me if I’d like   the idea of running the office and I said I would be glad for the   opportunity,” she recalled in a 1987 interview. “So I got an accountant in   town to set up the books. I was the only one in the office for about the   first three months.”

In early 1927, Mr. Zimmer’s daughter recalled, the basement of the house at   Winona Avenue and Indiana Street -- where she had been accustomed to roller   skating -- suddenly was full of machinery. She would often watch as her   father, Ettinger, and Dr. C.F. Lytle (a physician and sales colleague of Mr.   Zimmer at the older firm) worked to develop a new line of aluminum splints   and other orthopaedic equipment. By May, a display of samples was ready for   the 1927 American Medical Association meeting in Washington, D.C., and soon   thereafter, a catalog of 50 aluminum splints was available for the   nine-person sales force.

The basement operations were only temporary, however. Zimmer had rented   space in a building on North Detroit Street, and soon the new splint company   was in full swing there. The factory’s initial equipment, as recalled later   by Ettinger, was only a punch press, sheet metal forming equipment, a   welding torch and various small tools such as hammers and tin snips. Profits   from the first few years were used for new machinery and to build the   business.

The new line’s popularity quickly proved Mr. Zimmer’s judgment correct. The   new company had sales of $160,000 during the first seven months of operation   -- an astounding total that outstripped the sales of the older firm the year   before.

The first challenge for the new company proved to be not to sell the line,   but to make enough to keep the customers happy. Local “experts” had   predicted when Zimmer opened its doors that the demand for splints could not   support two companies, and one or both would fail. “How wrong they were!”   Ettinger said.

The growing orthopaedic field carried the new firm through the Depression   years of the early ’30s, with no layoffs, and only two weeks of shortened   hours. In fact, Ettinger later recalled, the shop worked overtime during the   Bank Holiday of 1933, manufacturing a large shipment for several New York   City hospitals.